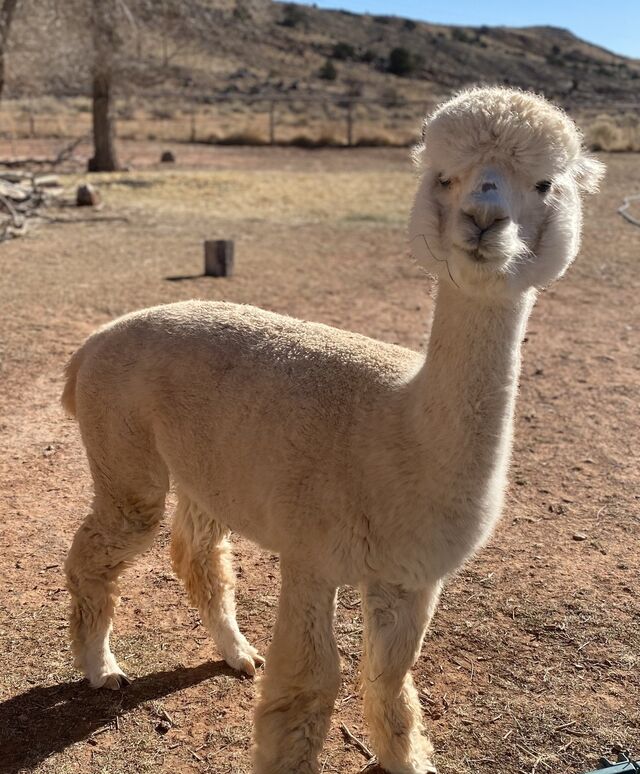 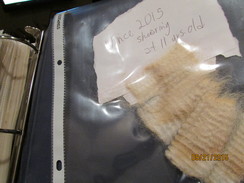 Ask a question
Details
Certificate
Crooked Fence Jasmin (Package of Two)
Experienced, Attentive Dam, *Cria at Side Jasmin is a beautiful, long waisted girl who is a bit shy. She is an alpaca who maintains her weight and does not over or under eat -- she just knows how to listen to her body! She adores hanging out with her mother (AOA Glistening
Starlet), and if someone is interested in buying Starlet as well, we could talk about an additional package!?
Jasmin is halter trained but does not enjoy taking long walks on a lead. It's part of her shyness, I suppose. She doesn't like drawing attention to herself.
A very good fleece producer, I enjoy spinning Jasmin's beautiful fleece and knitting it each year. It has good structure. I have a sample from her May 2022 for you. Her 2020 histograms had her at 26.5 microns and 81.6% comfort factor.
Jasmin has a cria (baby) by her side, Circle Cliff's Finnegan SirPrize (Herdsire "Geoffrey"). "Finn" is a beautiful Medium Fawn who will, no doubt, carry on Jasmin's side of the pedigree with his gorgeous fleece. His confirmation (stand, head, legs, looks) is simply beautiful. He has a darker face and lower legs which is strikingly handsome.
Finn’s information is also listed separately. He will be sold separately after weaning, which is typically around six months of age, and be open to consideration for purchase now as a package— don’t delay!
She is a very loving and protective mother and has produced milk and cared for her crias (babies) until they have been weaned.

Consider breeding her to one of our herdsires while she is here, and we can work out a different package deal for you while Finnegan is still at her side. As mentioned before, Jasmin has always had plenty of milk, delivered her babies without any problem, and is a loving, attentive mother. Give us a call!


*with cria until weaned, six months old
He is stunning! Sometimes we call him "Little Man" because we can imagine how handsome he'll be! 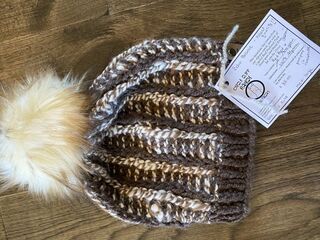 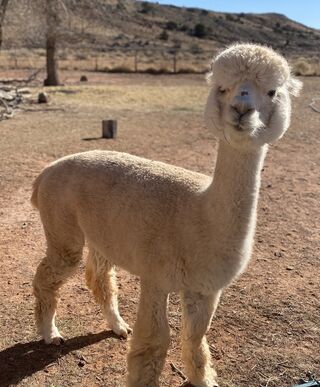